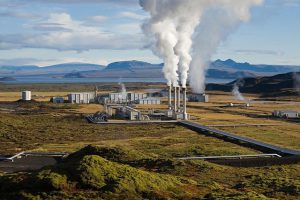 The term geothermal originates from the Greek words; Geo, which means earth and Thermal, which means heat. This derivation quickly points to the definition of geothermal energy, which is heat emanating from underneath the surface of the earth. The energy inside the earth was formed by the decay of minerals and forests several years ago. Traditionally, it was used for bathing and heating purposes but today it is also used for generating electricity.

It’s a renewable energy source, meaning it’s inexhaustible to humans. It’s also a green source of energy, meaning it does not emit greenhouse gasses that are hazardous to human and environmental health.

Scientists have constantly parted ways on the real source of heat for the generation of geothermal energy. But successive rigorous research has converged to this explanation. Approximately 4000 miles underneath the surface of the earth, this phenomenon called geothermal energy is produced deep inside the earth’s core.

The earth’s core is composed of three layers; the outer silicate and solid crust, a highly viscous mantle, and a liquid outer core. The outer core consists of extremely hot magma or melted rock wrapping around a solid iron center known as the inner core. The slow decay of radioactive material continually generates extremely high temperatures inside the earth.

This is a natural process in all rocks. Wrapping around the outer core is a layer called the mantle. The mantle is approximately 1800 miles thick and mainly composed of magma and rock. The crust is the outermost layer of the earth’s core. The crust forms the bulk of continents and ocean floors that run approximately three to five miles thick beneath the oceans and 15 to 35 miles thick on the continents.

The earth’s crust is split into numerous parts known as plates. It is at the edges of these plates that magma finds way near the surface of the earth. It is in these areas that volcanoes are prevalent. When a volcano occurs, lava erupts from underneath. This lava is partly magma. Underneath the earth’s surface, the water and rocks absorb heat from the magma.

Geothermal energy dates far back in the ancient times where it was utilized for heating and bathing. Today, hot springs across the world are still being utilized for bathing. 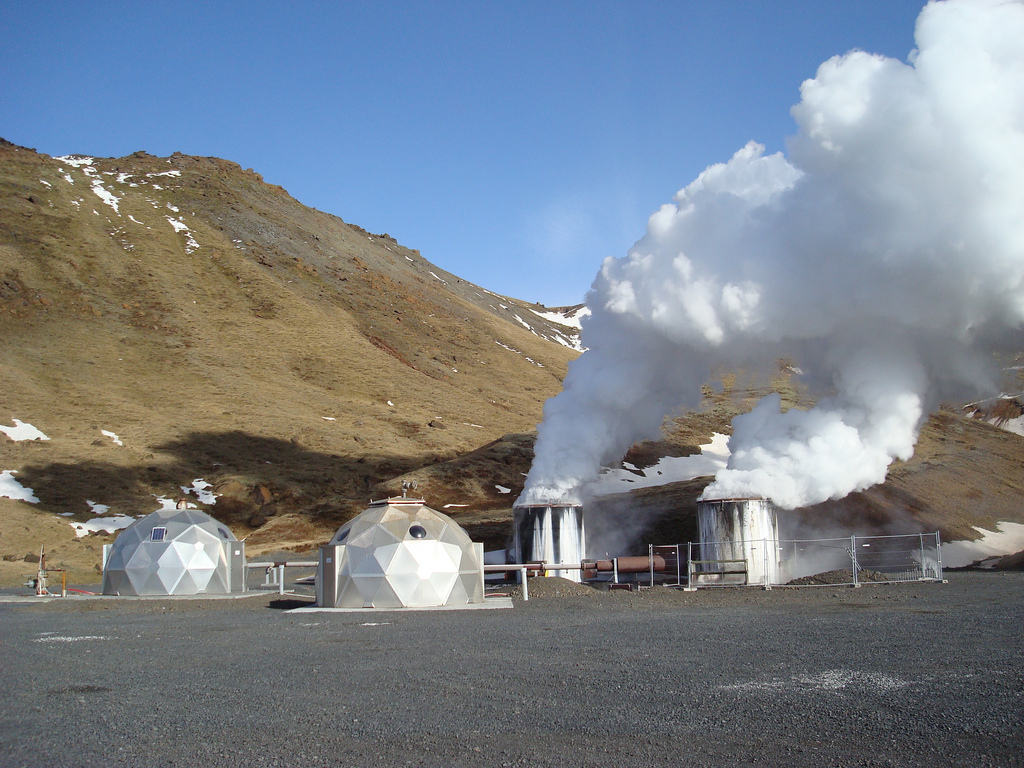 How is Geothermal Energy Converted into Electricity?

Utilizing geothermal energy to generate electricity is a considerably new industry, which manifested in 1904 in Italy. Italians first powered a turbine generator using natural steam erupting from beneath the earth. The year 1960 heralded the first successful operation of the large-scale geothermal electricity generation plant at the Geysers, North California. A lot of American geothermal power plants are spread across California, while the rest are located in Hawaii, Nevada, Utah, Idaho and Montana. 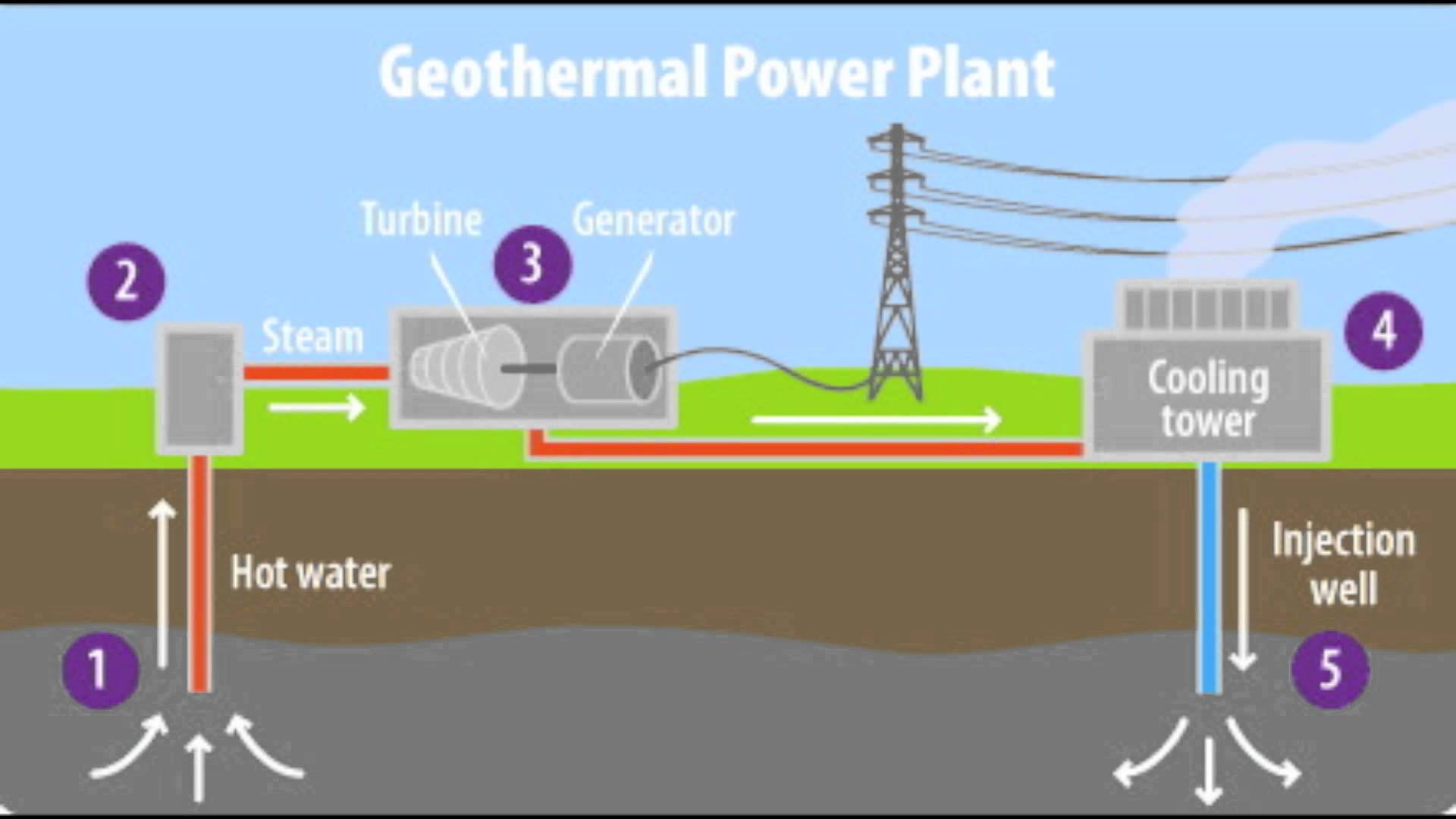 As the name suggests, these geothermal power plants utilize ‘’dry steam” to generate electricity. Dry steam is, essentially, water vapor or water in gaseous state. The geothermal power plant companies drill two separate wells to the extremely hot water reservoir under the earth’s surface; the production well and injection well. The production well extracts steam with a temperature of at least 150°C (300°F) from the hot water reservoir below and directs it to the turbine.

The steam turns the turbine, which turns a shaft connected to a generator. With the turning, the generator converts the energy into electricity, which goes through power lines to a power grid and eventually supplied to homes, institutions, and industries. The used steam finds its way to the condenser, where it’s converted into water and sent back down to the hot water reservoir through the injection well and the cycle continues.

This kind of geothermal power plant utilizes water at temperatures of at least 182°C. As the name suggests, it uses flash steam to generate electricity. Flash steaming is the process whereby extremely high-pressure hot water is flashed or vaporized into steam in a flash tank by reducing the pressure. The steam is then directed to turn turbines, which turns a shaft connected to a generator leading to production of electricity.

This geothermal power plant is advantageous compared to the flash steam and dry steam power plants because it requires slightly cooler water (as low as 57°C) to heat a separate fluid (binary fluid) that has a lower boiling point.

However, with binary cycle power plants, companies use pumps to pump up hot water from the hot water reservoir below through the production well, and the slightly cooler water is allowed to return to the reservoir below. A separate fluid with a lower boiling point known as the binary fluid, normally a pentane hydrocarbon or butane, is pumped up at considerably high pressure via the heat exchanger.

At the heat exchanger, the binary fluid is vaporized and directed to turn a turbine, which turns a shaft connected to a generator and electricity is generated. The vapor used to turn the turbine is then converted to water by cold air radiators and allowed to go back to the reservoir below through the injection well.

The mode of transportation of geothermal electricity has a lot in common with other sources of power like solar and wind. Voltage is normally enhanced to reduce losses, and the power conveyed onto the electrical grid. Transporting power over long distances needs a highly insulated piping system, which adds upfront costs to the overall geothermal electricity generation. 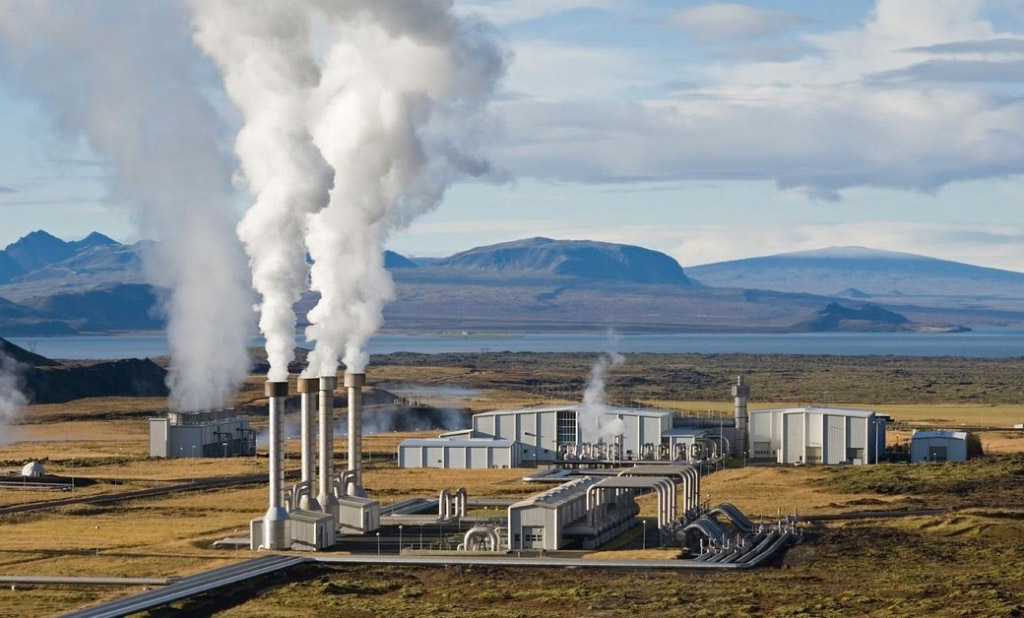 The future of geothermal energy depends on three factors: it’s demand, supply and it’s competitiveness among other renewable resources in terms of cost, availability, reliability etc.. Demand for geothermal energy is going to increase and increase with the increase in the population and extinction of other non-renewable sources. Moreover, today government also support the resources which are cleaner and do not spoil the environment.